There are Renju ranking lists for specific countries, but also a world top scoring. Ranking tables are available on some official Renju websites for each country, and there you can often see which club the person adheres to, as well as their points, results and sum. Here are the ranking tables of Sweden as well as the world.

At first place in the Swedish Renju rankings we find Stefan Karlsson from Stockholm. At the end of August 2016 he had a total of 2256 in ranking points and +38 for the Swedish Championships in Renju 2016. At second place we find Petter Gardström from Uppsala with 2091 points and +2 for the same dates. Third place was taken by Tord Andersson from Uppsala with 2087 points and +2 as well. So it was a very close scoring on the second and third place. The Official Renju scores are today led by Svenska Luffarschackförfundet and you can hit their homepage for more info. 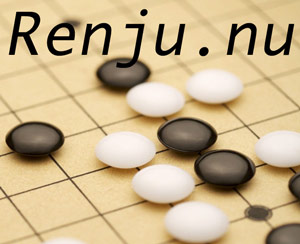 For the world ranking list of established players we have Meritee Ando as the number one contestant with a total of 2650 point. Meritee is from Estonia, the most northern country in the Baltics. At number two we have the Chinese Yang Yanxi with 2639 point and third place goes to Japan with 2629 for Nakamura Shigeru. At number four there is the Russian mastermind Chingin Konstantin, and fifth and sixth places goes to Japan.

The top 100 spots on the ranking is dominated by a few countries and these are Japan, Russia, China, Estonia and Sweden. There are the biggest Renju countries to this day, but we have seen that the wonderful game of Renju has been spread out faster to more countries in recent years. Of course it is a great treat with even more countries joining an playing together as well as bringing these countries together in the Championships.